skip to main | skip to sidebar

Arrived at Eastbourne and levent lecture 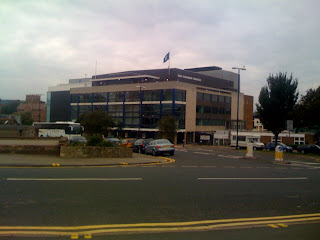 Finally arrived here at 13:30 so thats me missing the opening show!

But Geoff was there to give you all the latest...

Acting President John Styles with his usual humour settled everyone down. John Pye introduced the mayor of Eastbourne who said a few words his humour was good too. He also introduced the FISM President and the Canadian lady president of IBM.

On with the show…

Gene Anderson, a famous American magician using only newspaper for his effects any of these would fit into your act or as a quick opener. I have seen him before but will watch his lecture again.

Next up… Mel Mellors, The whole audience laughed like a drain at his jokes, taking the mick out of everyone in sight. The tricks he did were in no particular order were: 3 in 1 rope (hilarious), Needle thru balloon, balloon models, arm in box (brilliant and very funny). Oh how I wish I could remember just one of his jokes, no sooner had he told one, or made a clean remark, he was onto the next.

The closing act was Sapphire with some very novel bits added to standard illusions a very enjoyable, fast moving, colourful and modern act.

Michael close was the compare who kept the show going at a smooth pace (funny at times).

I was on time for the levent lecture, and in my opinion it was a
good kick start to the convention. Levent was showing his working on
stage magic and handling! Showing his pocketing and secondary object
stealing techniques. He then moved on to a diminishing card effect
using a normal deck. The next effect he showed is was the salt pour,
using his own gimmick he had created which was very practical. Finally
he moved on to his misersdream routine. This routine had some
fantastic ideas, like grabbing someones appearing ear and "picking"
someones pocket. But in my opinion the engineering of the pale was
well a bit crazy and over the top, but hey it works! So far so good!
Stuart had to work but will be blogging with the team tomorrow!